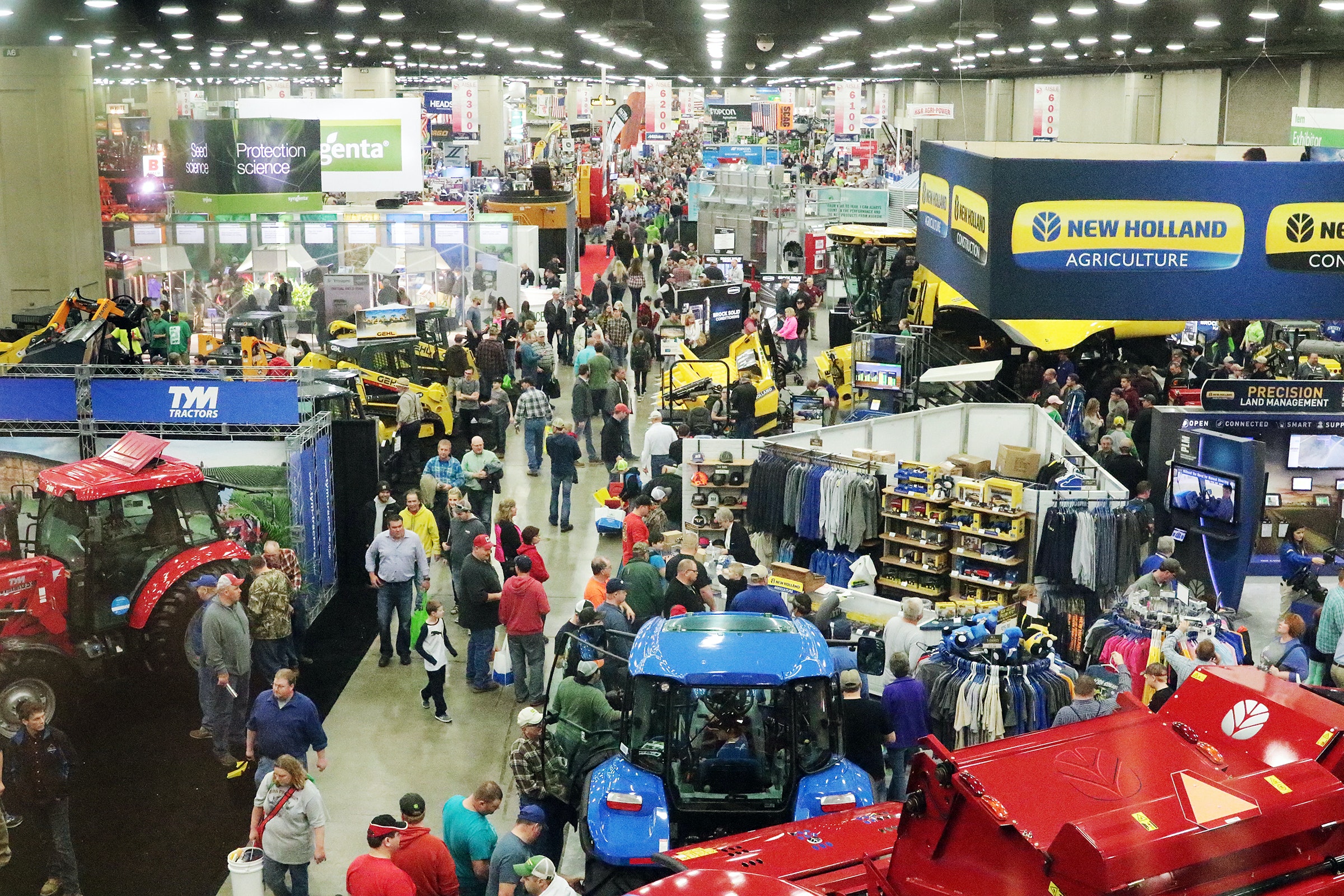 The 2018 edition of the National Farm Machinery Show (NFMS) closed Saturday with an increase in attendance and ticket sales, and a record number of new exhibitors and exhibit sales.

Over 314,000 attendees packed the Kentucky Exposition Center for the four-day event that celebrated 53 years of providing the agricultural industry’s latest and most comprehensive display of equipment, services and technology. With the largest number of exhibitors in its history, NFMS spanned more than 1.3 million square feet filling 920 booths, for an increase of 40 exhibitors.

Celebrating its 50th anniversary, the Championship Tractor Pull attendance was the largest number in recent history. Over 67,000 tickets were sold to the five performances in Freedom Hall. During the Saturday night finals, a ceremony honored past participants and the organizers of the first tractor pull. In a half-century of growth, the invitation-only tractor pull now draws the nation’s top drivers competing for the title of Grand Champion and more than $200,000 in prize money.

“For over half a century, the National Farm Machinery Show has delivered on its purpose to provide solid information and cutting edge technology to the farming community,” said Don Parkinson, interim CEO of the Kentucky State Fair Board. “The largest indoor farm show along with the longest running championship tractor pull in one venue is unique to Kentucky and we look forward to another 50 years of championing agribusiness here in the Commonwealth.” Parkinson also serves as Secretary of the Tourism, Arts & Heritage Cabinet.

As the nation’s largest indoor farm show, NFMS brings an economic impact of $17 million to Louisville annually, filling local hotels and restaurants with attendees from across the country and around the world. NFMS is owned and produced by the Kentucky State Fair Board.

The 2019 NFMS dates are February 13-16.  For more information, visit www.farmmachineryshow.org.