On target to break last year’s record — 14,000 student archers from 42 states to compete. 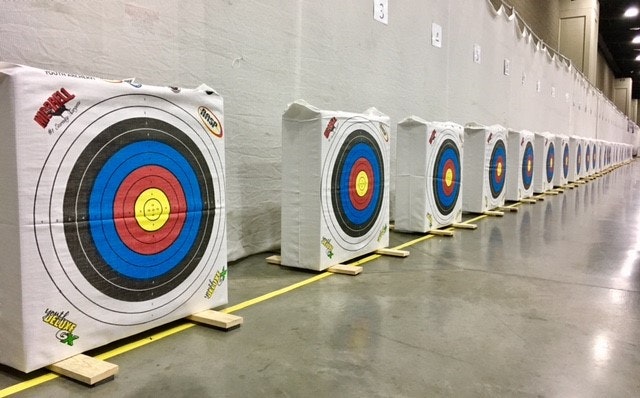 The National Archery in the Schools Program Nationals aims to bring 14,000 student archers from 42 states to the Kentucky Exposition Center May 11-13. The event also brings $4 million in economic impact to Louisville.

When the event comes to a close, nearly 750,000 arrows will have been shot. Arrows that, if laid end to end, would cover almost 355 miles.

Cash scholarships totaling $159,000 will be awarded to the top individual and team archers. Winners can use the scholarships for post-high school education, including university, college, technical school and military training.

NASP promotes archery as part of in-school curriculum, with the goal of improving motivation, attention, behavior, attendance and focus. It originally began as the Kentucky Archery in the Schools Program in 2001, and has grown to include 14,000 schools in five countries. More than a million students will have learned archery by the end of this school year.

The National Archery in the Schools Program partners with the International Bowhunting Organization to present the 3D Challenge, which is held during and at the national tournament. More than 4,000 archers are expected to participate and take aim at animal targets that include a turkey, mountain sheep, deer and bear. 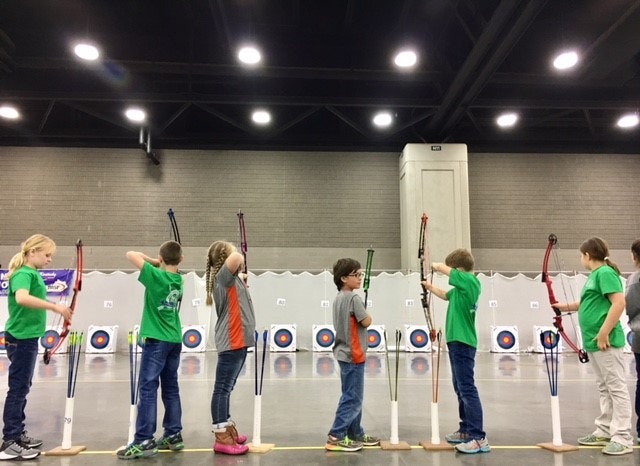 The hours of NASP Nationals are:

A full schedule can be found online at www.nasptournaments.org.

Admission is $10 for adults and $5 for children (ages 13-18). Children 12 and under, registered archers and coaches are free. Parking at the Kentucky Exposition Center is $8 per vehicle and $20 per bus.

For more information about NASP and the tournament, visit www.nasptournaments.org.